New signing Nuno Tavares marked his first appearance in Gunners colours with an excellent goal, and Eddie Nketiah grabbed a late equaliser as we twice came from behind to earn a draw in Glasgow.

We generally dominated our second pre-season friendly, but were left to rue a host of missed opportunities, while our defensive lapses were punished from two Rangers' corners.

But there were plenty of positives to take as we stepped up our preparations - none more so than the performance of 21-year-old new signing Tavares.

Before his goal he had already looked lively, looking to burst forward from his starting position at left back, but it was the hosts who took the lead.

Shaven-headed Rob Holding cleared an inswinging free-kick, but from the resulting corner Leon Balogun rose above the defence to glance his header inside the far post.

We had already squandered the best early chance. Pierre-Emerick Aubameyang pounced on a loose pass by Rangers keeper Allan McGregor, steadied himself but sent his shot just over the bar.

Nicolas Pepe also curled a shot over after some nifty footwork from Aubameyang, and soon we were deservedly level, thanks to the new boy.

Tavares showed great desire and willing to get into the box, and finished excellently with his right foot from a narrow angle.

We were beginning to take control, and created plenty of chances to take the lead - the first fell to Aubameyang, but he headed wide from close range at the far post.

Folarin Balogun was released in the box by the skipper shortly afterwards, and forced a smart save from McGregor before Aubameyang let another chance slip away. He couldn't convert from close range after a wonderful, incisive run by Emile Smith Rowe.

We should really have been ahead at the break, and five half-time substitutions (including goalscorer Tavares) did nothing to disrupt our rhythm. Both Thomas Partey and Smith Rowe were denied by McGregor in the opening five minutes of the second period, as our shot count continued to rise.

Just after the hour mark Mikel Arteta made another group of substitutions, but our attacking intent remained. Reiss Nelson was heavily involved and we continued to look dangerous, but were soon punished for not taking our chances.

Again we conceded from a corner - for the third time this pre-season - with Cedric Itten heading home past Karl Hein.

Our 19-year-old Estonian keeper then made a good low save from Stephen Kelly to keep the deficit at one and we soon made sure it was a costly miss from the Rangers youngster.

Nketiah fired us level after wonderful work inside the area to create an opening, eventually striking home left footed through a crowd.

Hector Bellerin tried his luck with his left foot from just inside the area, while Sead Kolasinac and Willian both shot over as we desperately sought the winner.

It wouldn't come, and we had to settle for a draw in an entertaining friendly match. 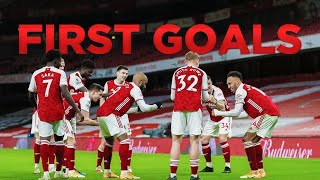 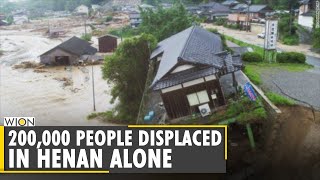 Ben White is a Perfect Fit for Mikel Arteta's Philosophy

THE BESTS PANENKA PENALTY IN FOOTBALL